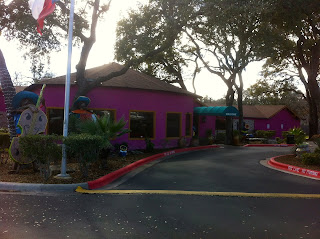 Working a very important case in the North Austin, Tx. area left me with barely an hour between assignments and a strong desire for something other than 'the usual'. Quickly triangulating my location with both Urbanspoon.com as well as the AroundMe App on the trusty new hand held device Watson had recently forced upon me, I located Mesa Rosa less than three miles from me and decided to venture forth.

With some fascinating metallic bandallero creatures welcoming one into the environs, and a festive coloring to the walls, I was seated very quickly and provided both menu and the obligatory 'chips and salsa' accompaniment. However, this time I was pliedwith two different varieties of salsa....a red Ranchero and a green Tomatillo, both of which were very tasty to the palate and not overly fiery. (And might I say how refreshing that they did not charge for chips and salsa as some establishments are wont to do for such an introduction to any taqueria is a sure indication of a fiasco in the making. I would walk from such a place rather than sink another second of time into it.....and never get back!) 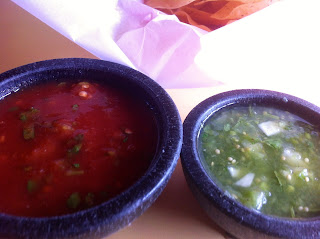 Fully aware that a long afternoon awaited me in my most recent investigation, I opted to go light and chose the Rosa Enchilada's, opting to allow the uniformity of the 'Chicken Enchilada' serve as the basis of my comparisons. However, I was also drawn (as I always am) to the Chicken Tortilla Soup as such an enticement will win me over every time. And without Watson with me to help feed from my always over-indulgent plate, my choices were smart ones.

The soup arrived first, hot and spicy, and was slurped down as quickly as I could stand it for the fiery goodness was a delicious reminder of the days spent in Tijuana and Ciudad Juarez in the Tale of the Opal Palace, but that's for another time. Fresh carrots, chicken, a tempting broth of goodness and an avocado! This was certainly a welcome surprise as well! 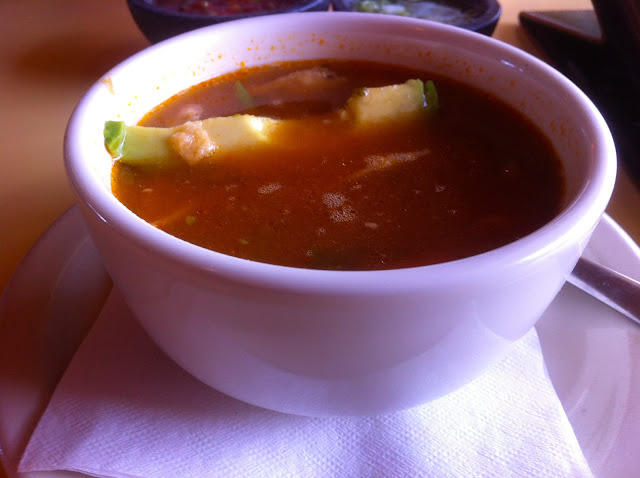 Barely had I finished my soup that the enchiladas arrived, and as I had requested both the green Tomatillo Sauce AND the Red Sour Cream based Suiza sauce were evident, a fine note to detail by the waiter, a very attentive young man who seemed to go out of his way to make sure I was aware at all times of the goings on regarding my order. 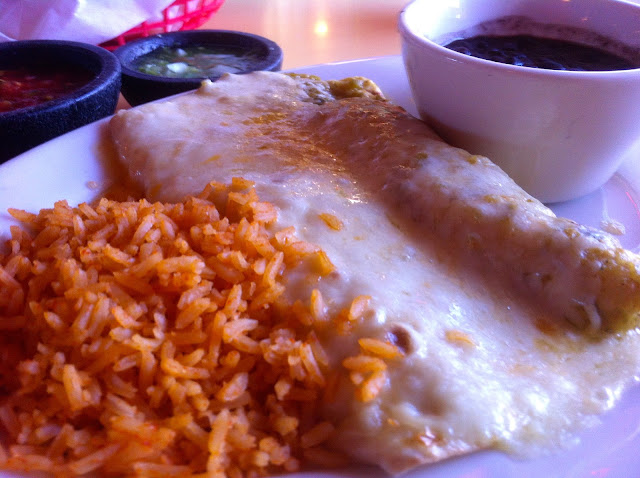 "Sir, I will be right with you after I finish taking this one order......" he once chimed in. "Your enchilada's will be out momentarily, they're just getting them finished up...." he again interlocuted. I thought for sure my cover had been blown and that he was on to me.......but such thoughts soon wafted away as I took in the aroma of the Rosa Enchilada's and the wonderfully made black beans and rice. 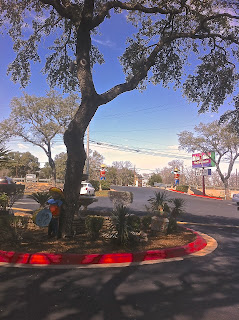 Delicious would be the proper word for I was still a bit ravenous after my quick Breakfast Taco at the airport and this meal satisfied both my growling innards as well as my miserly disposition ......and astoundingly so!

And thus with final sips of my third Arnold Palmer Tea/Lemonade, surely more than any pack mule could possibly imbibe in one sitting. Yet they were so rapidly replaced that I scantly noticed until I was ready to burst!

I was soon very thoroughly satisfied and ready to resume my afternoon posing as a mercenary salesman of fine goods and wares with the ultimate intent of gaining further access to the inner workings of a famed global corporation and it's inner culture...... an investigation that is now in it's 16th year with no end in sight!

Posted by SherlockHolmesReviews at 11:41 PM