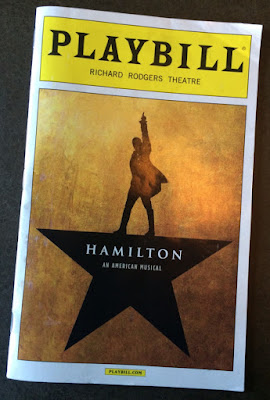 With a healthy cacophony of Broadway performances under our investigative belts numbering well into the hundreds, our investigative thespian eye originating on Drury Lane in London's West End near the turn of the century (1900 that is!) and then further continuing on in healthy quants once Watson and I relocated stateside with our persistent attendance to the Great White Way (and elsewhere) for decades now, we have witnessed performances spanning some of the finest that 'The Theater World' has had to offer.

From lauded musicals such as "The Pirates of Penzance" and "The Producers" to "Phantom of the Opera" and "Cats", along with prophetic Tony Award winning plays such as "Doubt", "Moon for the Misbegotten", "Venus in Fur", "Arsenic and Old Lace", "True West", and "Proof".

Toss on legions of 'Off Broadway' and further 'Off-Off Broadway' shows, perhaps not as esteemed by the Tony brethren but each astounding in their own way (Oh "Lips Together, Teeth Apart", how promising you were!) along with dozens of regional performances nationwide and internationally (Theatre Royal Plymouth you are a jewel in the crown!), and as a result we feel perfectly appointed to herein opine upon the merits of this avowed Musical for the Ages, "Hamilton".

Bona fides notwithstanding, and without circling the juniper, it needs to be plainly stated and in terms leaving no quarter for uncertainty among anyone reading this treatise, that this production, "Hamilton", is by many ORDERS of magnitude simply the most astounding cultural work this investigator has ever witnessed and one that titillates the mind on levels heretofore untouched by anything that has come before it.

This is a seminal work of craftsmanship and inventiveness, and will be looked upon as the cultural balefire for all future performances that come after. 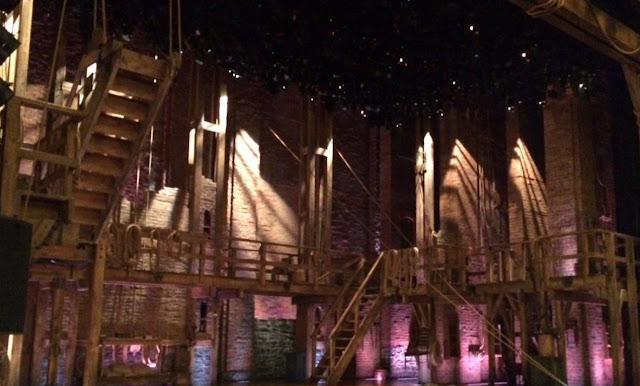 The multitudinous degrees to which this piece plays include a plane for "The Historical", dealing with the very founding of this fine United States with its triumvirate system of governmental checks and balances that remains to this day the halcyon to the world.

A plane for the events of today, particularly the debate on immigration, with Alexander Hamilton personifying the entirety of our present debate and the contributions of those coming to these shores in pursuit of a better life. (Whereupon any minute scintilla of reflection would afford the easy notice that 99.99% of all Americans are, in fact, the product of immigration...... and we are a better nation for it!)

Pursuant to this dynamic is a third level to ponder - the genius stroke in Casting, with every major (and nearly every minor) role occupied by an actor/actress of Color (emphasis intended!). This singular act, dovetailing with the previously acknowledged exigency of immigration, removes (perhaps forever) the stigmatic silliness that pervades the performing arts overall. 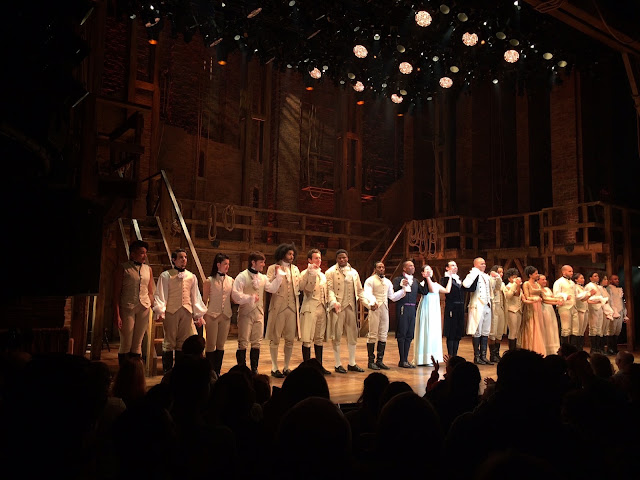 Add to this a subsequent profit sharing plan developed for those involved from the early
developmental stages of this masterstroke by the prescient producer's, has the embryonic momentum to further change the entire way the theater industry operates in the future.

And perhaps best of all, the stupefying breadth of this story is wrapped so exquisitely within a - how you American's call it - a Hip-Hop/Rap Soundtrack, that simply defies convention. 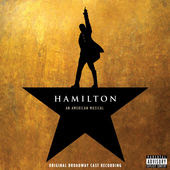 And know this, it is not simply a verbal patois of singular storytelling but a 53 song soundtrack* that amalgams the worlds of historical theater, the occurrences of modern day, musical recognition from both the theatrical orbs as well as those in popular measure, AND done so with uncharacteristic verve to the historical figures represented that this final musical centerpiece in itself delivers a stunning theatrical cataclysm unlike anything that has come before it and that stands in its own majestic beauty.
* (While some may point to the documented listing of 38 songs, detailed and astute investigations performed (along with verbal and recorded admittance by the author himself) have thus uncovered it to be a 53 song performance......... dialed down surreptitiously so as to not 'intimidate'....)

Finally, and with no further attempts to retell a story that has been harped and registered ad infinitum, it would not be a complete and final investigation if specific acknowledgements were not delivered herein:

Lin-Manuel Miranda - All aspects of this investigation revolve around what can only be described as true genius; defined within as 'he who sees as clear as day that which no one has ever even conceived of prior to", all platitudes deserved. The role and production for many lifetimes. 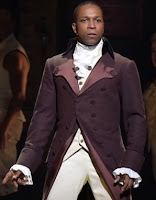 Leslie Odom, Jr. - A performance so full of startling vitality that it certainly succeeds in outshining (in turns) the originator and eponymously named star. Do not be surprised in the least if Mr. Odom walks out of the Beacon Theater with a Tony Award of his own for his role as Aaron Burr for he will have fully earned it. 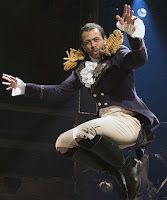 Daveed Diggs - With the fully deserved and aforementioned nod to Mr. Miranda for envisioning such personas out of the wisps of creativity itself, Mr. Diggs' splendiferous portrayals of both the Marquis de Lafayette AND Thomas Jefferson are the feats from which legends are born. A rollicking thunderclap of a performance.

Renee Elise Goldsberry - With her entrance upon the stage, there is no doubt that you are being blessed by a 'Presence' which you will harken back to many, many times as a pivotal moment in your theatergoing career.

Christopher Jackson - The pivotal role of George Washington has never been portrayed as nobly and majestically as the tall, imposing, and statuesque Mr. Jackson. 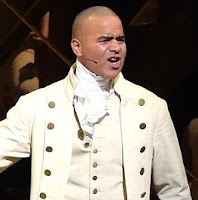 And finally, Carleigh Bettiol, who as a member of the Ensemble is as astonishingly captivating as to draw attention from the spotlighted roles each time she graces the stage. 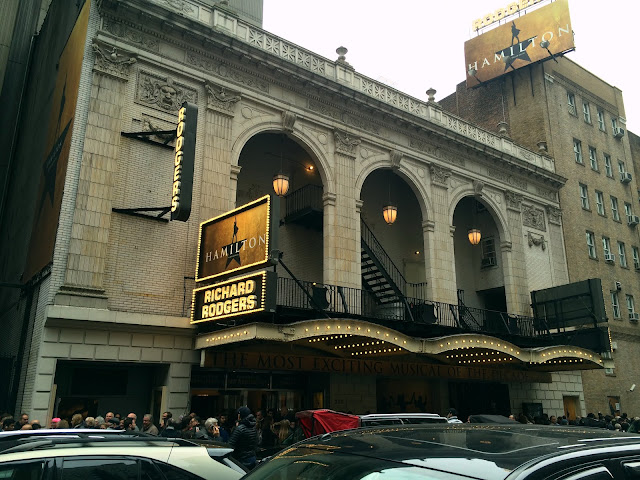 Posted by SherlockHolmesReviews at 3:34 PM